Whew!  Our 2010 baseball season is over.  Done.  It was a great ride and the kids really made strides this year individually and as a team.  We won a tournament and we were very close in several others.  In our last tournament we lost to the eventual champions in the semifinals by a single run.

As for Andrew, his hitting continued pretty consistently.  His pitching really improved too.  Here are his finals stats for the year from an admittedly generous scorer:

It was a great season.  In case you missed them, here are a couple of short (less than 20 second) videos from the final tournament:

Now onto football season!  Practice starts in about 3 weeks. 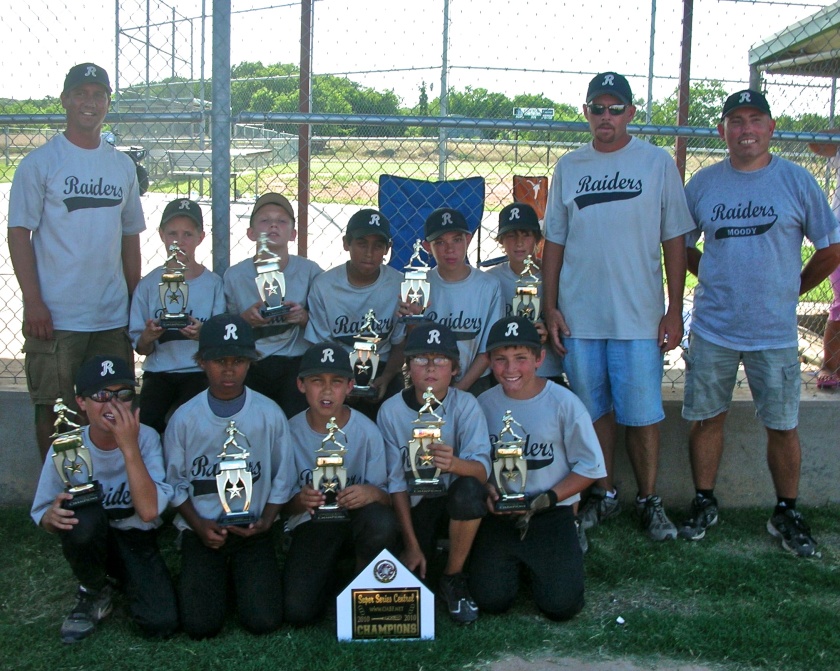 We won our first tournament of the year!  We’ve had some near misses but we finally won one! We won the Clifton Super Series 11-and-under division held on June 12-13, 2010.  Congratulations Raiders!

Also, Andrew hit his second homerun of the year on Saturday (a 2-run shot over the left-field fence):